Fifty years of experience in the sector, always at the highest levels

The experience gained over fifty years has allowed PRIOLINOX to achieve constant growth in offering products and solutions to furnish bars, ice-cream shops and public food & beverage facilities. PRIOLINOX, through precise and functional manufacturing processes, pays particular attention and the greatest care to every detail. In fact, every product stands out for the high quality of the materials used to make it, the precise industrial manufacturing processes and for the perfect mix of elegance, design and technological innovation which guarantee value over time. This has contributed to the company’s outstanding international reputation which has, over the years, been unanimously applauded by interior designers, architects and designers both throughout Europe and beyond.

The secret of this success is found in the breadth and depth of the product range which PRIOLINOX offers, as well as in the quality and functionality of items, each made with technologically advanced materials which ensure durability and robustness over time.

Nothing about a PRIOLINOX item is left to chance: the manufacturing process is incredibly precise, so much so that items can be called “crafted”; the attention to market changes is so scrupulous as to allow the Company not only to stay one step ahead of trends, but, frequently, to anticipate them.

In this site, architects, designers and interior designers will find everything they need for their interior design projects and the ability to customise every item based on their own style and imagination.

The sales office will be happy to clarify any query regarding prices, ordering and delivery.

The PRIOLINOX technical service is always available to customers to find the best and most suitable solution to their requirements: the one that meets their needs. 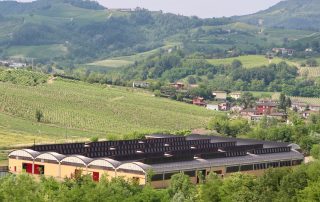 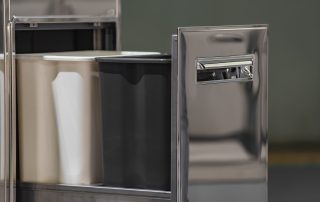 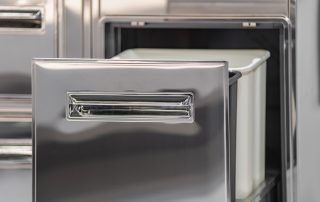 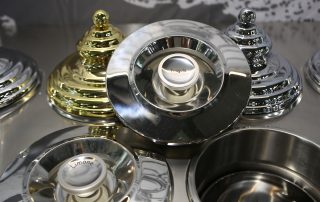 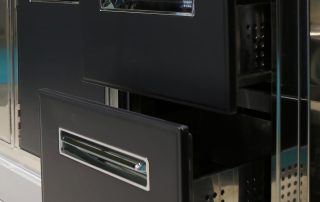 Offering quality is the best way to advertise.

This is the PRIOLINOX slogan. There are no magic tricks or shortcuts to immediate success. Success is achieved over time, with energy and determination.

Each project starts and then proceeds with a careful analysis of the market needs in order to fit perfectly with the requirements of a customer base that is increasingly broader and more demanding.

Priolinox, always in step with the times, with the ambition and will to experiment with new ideas, thanks to the use of advanced technologies, offers customers innovative solutions that can anticipate the demands of an increasingly sophisticated public.

The Company’s success is also the result of constant collaborative partnerships with architects and interior designers, who, over the years, have contributed to the search for small and large solutions, driving growth both in manufacturing and in distributing Priolinox products throughout the world.
By combining innovation and Italian design with product quality and durability, we offer solutions that contain both comfort and technology and which best reflect the art of Italian manufacturing, which has an outstanding reputation in international markets.

A select, dynamic workforce, with effective managers and an efficient company organisation, allow every single manufacturing phase to be performed perfectly.

People who know that results are achieved together, sharing each phase of the project to create the best product, the one that can satisfy not only the quality, reliability and functionality requirements, but also a personal search for perfection.

Priolinox, with the help of the latest generation machinery and systems, designs, builds, inspects and checks every single product manufactured in its facilities in Milan and Borgo Priolo (PV).

In 1969, after having acquired extensive entrepreneurial experience since 1946, Marino Saletti opened a facility in Borgo Priolo in the province of Pavia.
That is how PRIOLINOX Srl began, specialising in manufacturing stainless steel equipment and accessories for refrigerated counters.

After a few years, in 1972 to be precise, the company became a Società per Azioni [an Italian joint-stock company] and established its administrative headquarters in MILAN where it still operates today. The facility in Borgo Priolo, in the province of Pavia, running at full capacity, covers over 12,000 square metres.

The markets, both domestic and international, immediately recognise the quality of the products offered by Priolinox which, in a short period of time, becomes a leader in its field.

In 1981, sons Valerio and Paolo join the Company and support the company’s management and development activities.

In 2010, the third generation takes its first steps in the company.

Today, the Priolinox range is indeed broad and sophisticated, precisely in order to continue to meet the needs of interior designers, architects and designers both in Italy and abroad.

The history, the projects, the emotions of these 50 years speak to the future. 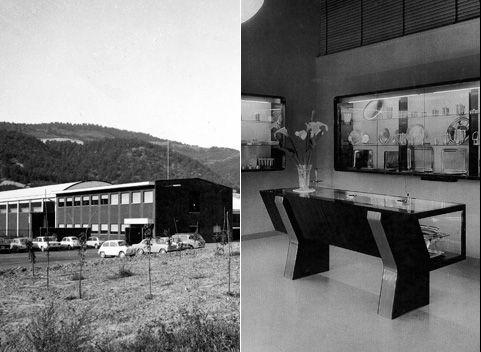 Now we are ready for you

Questions, doubts, problems to be solved. We are here to find solutions.